At night, alone in her room, a Wing remembered a performance.
And she remembered once again what kind of performance it was for her.
The Wing was uncertain as to why she remembered it now.
Meanwhile, a strange occurrence caused the Noise to suddenly appear.
The Gear Users were informed of the existence of a parallel world by Genjuro and Elfnein.
And as the Gear Users headed to the parallel world to resolve the incident, before them appeared
The performance of a lone Heavenly Wing, battling the Noise.

Hibiki, Tsubasa, and Maria, through use of the Gjallarhorn Relic, travel to a parallel world where Tsubasa sung her Superb Song during the Zwei Wing concert and died, with Kanade living on instead. Meanwhile, a new type of Noise known as "Karma Noise" has appeared. 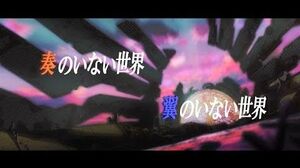 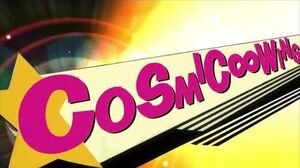 Retrieved from "https://symphogear.fandom.com/wiki/Katayoku_no_S%C5%8Dsha?oldid=83235"
Community content is available under CC-BY-SA unless otherwise noted.