The Faust Robe (ファウストローブ, Fausuto Rōbu?) is a protector armor that is transmuted via alchemic techniques utilizing a large amount of energy.

The Faust Robe it is an object that is incredibly similar to the Symphogear system and can be thought of as a twin of it. They can be created from an energy source such as the Philosopher's Stone like the Spellcaster's, or from a relic like Dur da Blá or Shénshòujìng. To wear a Faust Robe, the user must have a female body.[1] One of the biggest differences between the a Faust Robe and Symphogear is that a Faust Robe does not require a Holy Chant to be activated, although Miku Kohinata sung the holy chant of the Shénshòujìng Symphogear when first activating her Faust Robe.

The Faust Robes worn by Saint-Germain, Cagliostro and Prelati are all sourced from the Philosopher's Stone, however it has been especially tuned to each of their unique needs and fighting styles. The capabilities of their Faust Robes are beyond impressive and not only surpass a regular Symphogear but can even suppress the power of the Ignite Module which is supposed to be an ace in the hole.[2]

In Carol's case it normally took the form of a harp, however when she plucked the strings the harp changed form and adorned to her body. The sound produced by the strings not only amplified Carol's alchemic powers, but also proved incredibly flexible and useful in battle. A swing of the strings created an intense slashing attack capable of bisecting objects, and demonstrated various capabilities in battle by changing its form. It exhibited a combat potential that did not lose out even when faced against multiple Candidates.[3]

Vanessa Diodati studied and researched the Faust Robe technology with the Bavarian Illuminati, and after a major accident during her work, her entire body was augmented and merged with Faust Robe technology to save her life. During XV, she creates a Faust Robe from Shénshòujìng, intended not for combat, but to control and restrain the Custodian possessing Miku, Shem-Ha Mephorash. Miku later takes full control of the Faust Robe for her own use after Shem-Ha is expelled from her body.

Carol after transforming in GX.

Carol after transforming in XV. 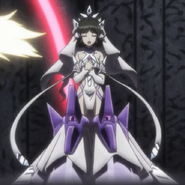 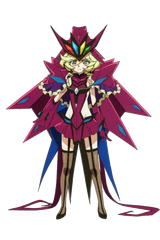 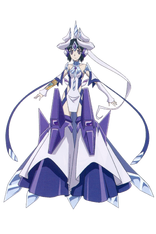