Airgetlám (アガートラーム, Agātorāmu?) is the Relic formerly owned by Serena Cadenzavna Eve and later by her sister, Maria at the end of G[1] and onwards. Its model number is SG-x00.[2]

Originally created from an unknown relic and labelled “Airgetlám” for convenience's sake, it was revealed in Senki Zesshō Symphogear XV that Airgetlám is the severed arm of Enki, transmuted into silver by Shem-Ha.

In Irish mythology, Nuada or Nuadu (modern spelling: Nuadha), known by the epithet Airgetlám (modern spelling: Airgeatlámh, meaning "silver hand/arm"), was the first king of the Tuatha Dé Danann. He is cognate with the Gaulish and British god Nodens. His Welsh equivalent is Nudd or Lludd Llaw Eraint.

Airgetlám, along with Igalima and Shul Shagana, originally belonged to the ownership of the Iraq government. The US government accused the Iraq government's relics as being 'weapons of mass destruction', and the Iraq War broke out as a result of attempts to seize them. Afterwards, the US announced there were really no WMDs, but this was an attempt to cover up the fact the US had secretly obtained Airgetlám, Igalima, and Shul Shagana. Because they could not identify the relic or its origin, unlike with Igalima or Shul Shagana, it was dubbed 'Airgetlám' out of convenience, even though Airgetlám belonged to Celtic mythology and had nothing to do with Iraq or the Middle East.[3][4]

Afterwards, Airgetlám was given to the FIS, where it was made into Symphogear. Serena was later loaned Airgetlám by the FIS, and her song was utilized to awaken the Nephilim. She wore it until dying after singing her superb song to defeat the out-of-control Nephilim. The Airgetlám pendant was presumably damaged in the same rockfall that killed Serena.

Maria then kept Serena's pendant as a sentimental reminder; as the pendant was broken, it was unable to be used by Maria. However, Maria was able to use the pendant once via a miracle during the finale of G, but presumably the stress of being used despite being broken caused the pendant to snap in half, becoming completely unusable. The pendant is later fixed in GX, with Elfnein repairing the pendant and allowing Maria full use of the relic.

In XV, it is revealed that while in battle with Shem-Ha, Enki was struck by Shem-Ha's transmutation attack, causing his body to slowly turn to silver, starting from his fingers. To stop himself from turning to silver completely, he severed his own arm and let it fall into the desert sands below, where it would be discovered thousands of years later in modern-day Iraq.

The Airgetlám's special ability is to control energy vectors. In AXZ, Airgetlám is shown to be able to, either automatically or by subconscious or emotional desire, help reduce the stress of the gear on Maria's body using this ability. 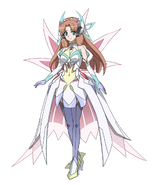 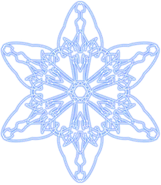 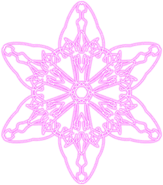 The relic in METANOIA